UK satellite operator Inmarsat is to offer a free, basic tracking service to all the world's passenger airliners. The offer follows the case of Malaysia Airlines flight MH370, which disappeared without trace on 8 March.

It was very brief electronic "pings" from Inmarsat equipment on the lost
plane that prompted investigators to look for wreckage in the Indian Ocean.

Inmarsat says the free service it is offering would carry definitive
positional information.

It would see a plane determine its location using GPS and then transmit that
data – together with a heading, speed and altitude – over Inmarsat's global
network of satellites every 15 minutes.

"Our equipment is on 90% of the world's wide-body jets already. This is an
immediate fix for the industry at no cost to the industry," Inmarsat senior
vice-president Chris McLaughlin told BBC News.

Cost is one of the reasons often cited for the reluctance of airlines to
routinely use satellite tracking.

The London-based company announced its offer ahead of a conference on
aircraft tracking being hosted by the International Commercial Aviation
Organization (ICAO) in Montreal, Canada, on Monday.

Both ICAO and the International Air Transport Association (IATO), the trade
association for the world's airlines, are currently considering how best to
respond to the loss of MH370.

Many observers were incredulous that a Boeing 777 could simply vanish, that
its identification systems could be deliberately disabled in the cockpit, and
that once the aircraft flew beyond the range of radar it was essentially
invisible.

Investigators' only clue to MH370's possible whereabouts was a series of
hourly electronic "handshakes" made between Inmarsat equipment onboard the plane
and ground stations that were automatically checking to see if a satellite
connection was still open. 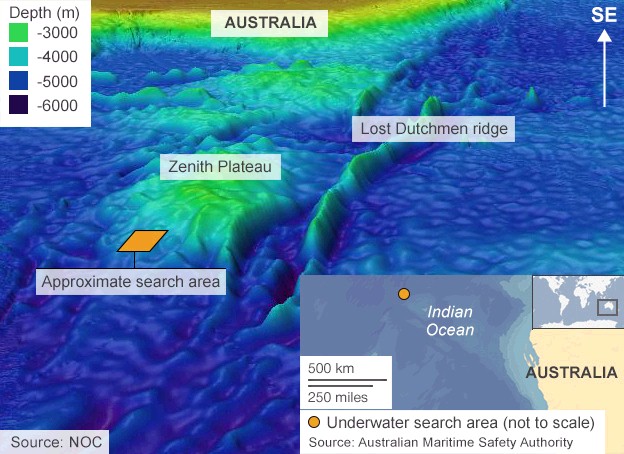 Experts had to use frequency analysis techniques on these pings to derive
some approximate positional information.

This is far from ideal, so Inmarsat proposes that, at bare minimum, all
passenger jets regularly transmit definitive data over its network.

The satellite operator would carry the cost, anticipated to be about $3m a
year.

It already does something similar in the maritime sector. All distress calls
from ships are relayed over its network free of charge.

The company would hope to recoup costs as airlines moved to take up some of
its premium services. "But we would keep that basic tracking service free of
charge," said Mr McLaughlin.

A number of organisations have put forward proposals in recent weeks to try
to prevent a repeat of a MH370-type mystery.

Just last Tuesday, the European Aviation Safety Agency called for the power
systems on "black box" flight recorders to be made to work underwater for at
least 90 days, not the current 30 days.

This would have given search teams more time to pinpoint transmissions on the
Indian Ocean floor.

The agency also said the minimum recording duration of the cockpit voice
recorder should be increased to 20 hours from the two hours currently demanded.

The fear is that the MH370 voice recorder, even if it is recovered, will have
overwritten key information several times.

Search teams continue to scour the Indian Ocean for any sign of the missing
Malaysia Airlines jet.

The Australian defence vessel Ocean Shield, which carries a sophisticated
underwater robot, has re-joined the hunt after several days of relief and
resupply in the port city of Rockingham, Western Australia.

The official leading the hunt for the missing airliner says a full search of
the suspected crash area could take up to a year.

From: Author is External News
← WA Bicycle Network Plan 2014 – 2031 has now been released
IEA: We underestimated solar but we’re still in serious strife →